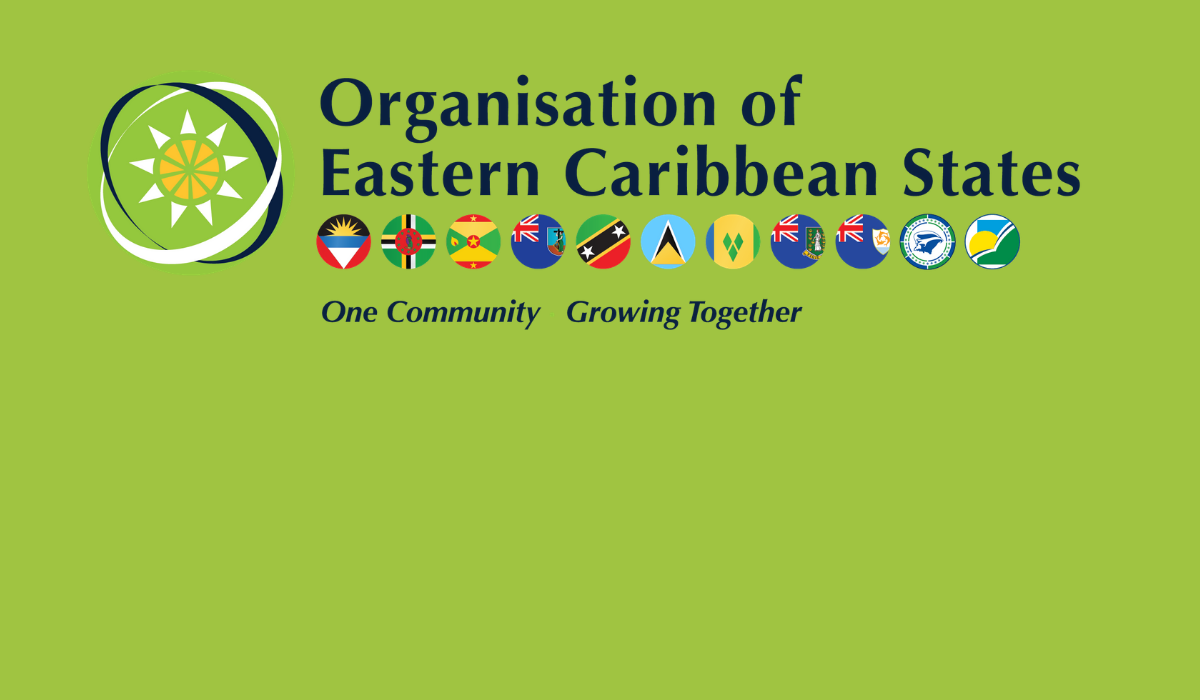 ELAN celebrates the 40th anniversary of the OECS

Elan » News » ELAN celebrates the 40th anniversary of the OECS

ELAN celebrates the 40th anniversary of the OECS

On the occasion of its 40th anniversary, the ELAN team wishes to highlight the Organization of Eastern Caribbean States (OECS) and offers you this contribution from Dr Fred Reno, Professor of Political Science at the Université des Antilles. Martinique and Guadeloupe are associate members of this organization whose varied areas of cooperation represent crucial cross-cutting issues for the region and therefore naturally include education issues. It is in that capacity, that Martinique hosted the 3rd annual meeting of OECS Education Ministers in 2018, under the co-chairing of the Territorial Authority of Martinique (CTM), and it is also in this sense that the OECS is an essential partner of many education projects in the region, and in particular of the ELAN project.

Guadeloupe and Martinique within the OECS

On the occasion of the 40th anniversary of the Organisation of Eastern Caribbean States, it is appropriate to take a look on the evolution of the organisation and in particular in its opening to non-English speaking territories. Obviously, this opening is a sign that the diversity that characterizes the Caribbean is taken into account.

The institution was created in 1981 by the Treaty of Basseterre, capital of the archipelago of St Kitts & Nevis.

On April 7, 2016 Martinique joined the Organization of Eastern Caribbean States. Three years later, on March 14, 2019, Guadeloupe also became an associate member of the OECS. The OECS is not the only or the first organsation to open its doors to French “collectivités” (territories).

On August 31, 2012, Guadeloupe and Martinique became associate members of the Economic Commission for Latin America and the Caribbean (ECLAC) and of the Association of Caribbean States (ACS) in February 2015. Saint-Martin joined the AEC in 2016.

The OECS has 7 English-speaking full members:

In addition to these founding member territories, there are 4 associate members: the British Virgin Islands, Anguilla, Martinique and Guadeloupe.

There are  11 member States in total.

Opening ceremony of the 3rd Annual Meeting of the OECS Council of Ministers: Education  in 2018, hosted in Martinique.

Two French territories that are associate members to the OECS

The difference between members and associate members lies first and foremost in their status. The members are independent territories, with the exception of Montserrat. Associate members are non-independent territories. The members have powers over all issues and are involved in integration approaches that do not apply to Guadeloupe and Martinique because of their status as French territories. For example, they cannot join the OECS monetary area, nor be a member of the Eastern Caribbean Civil Aviation Authority. The OECS has a single currency, the Eastern Caribbean dollar, which cannot substitute for the euro. Likewise, the Eastern Caribbean Supreme Court has no jurisdiction in these two territories which are already integrated into the French and European judicial area.

According to article 6 of the agreement signed in 2019 by the President of the Guadeloupe Region, Ary Chalus, by delegation of the French government, “as an associate member, Guadeloupe takes part in the deliberations of the bodies of the OECS on issues falling within its authority”.

If the Guadeloupeans and Martinicans are French, they are above all Caribbean. This is what the associate member status translates to. Although both Guadeloupe and Martinique are designated member States, our two islands are “associate” because they are French territories.

It is clear that this status limits their level of integration into the organisation, but shows an undeniable advance in their integration process.

We owe these advances to the mobilizations of 2009 [general strike in Martinique and Guadeloupe] which were interpreted by the French authorities as a claim of “Caribeanity”. Following the “Etat Généraux de l’Outre-Mer [wide range of consultations of French overseas territories], organized after these mobilizations, on July 7, 2011, new provisions are inserted in the law relating to the territorial authorities of Martinique and Guyana. These provisions allow the French territories of the Americas to join regional organizations in their own names and to have their own officers within French diplomatic missions.

We owe these advances also to the action of certain parliamentarians and in particular to the MP Serge Letchimy, author of a 2016 law which widens the geographical scope of cooperation and simplifies procedures. In 2014, during the regional cooperation conference, he pleaded for going beyond the institutional frameworks in force. “If we do not make this effort to go beyond the current institutional frameworks, cooperation will continue to go round in circles and we will be made to sign documents behind which we are not standing. And I can’t bear to sign documents with a neighboring state or country … épi mwen pé pa dèyè sa mwen ka di a !… [and I can’t stand behind what is being said] Do not make me sign declarations of intent to cooperate.”he said.

Why join and, above all, to do what?

More often than not, the answer to this question is restricted to economic considerations. We could only cooperate if we can do business. The following comments bear witness to this.

In November 2009, the President of the French Republic, Nicolas Sarkozy, expressed it in these terms: “To prepare for ‘endogenous development’, to create wealth locally, the overseas territories must strengthen their regional integration and therefore multiply the links and exchanges with the countries of their geographical area.”

A few years later, in August 2013 during the 21st Conference of French Ambassadors, the Minister for Overseas Territories, Victorin Lurel, said :“… the regional economic integration of the French overseas territories has no other ambitions than to widen the scope of what is possible for economic stakeholders and local populations. This is to promote the modernization of island economies in a logic of mutually beneficial development, thanks to the regional projection of our best overseas SMEs and the ability of our overseas territories to attract international investors “.

In reality, the areas of cooperation are broader.

On March 15, 2019, the Université des Antilles experienced a historic moment by welcoming all the heads of States and territories of the Eastern Caribbean. The representative of the Région Guadeloupe [Guadeloupe Authority] Marie-Luce Penchard and Dr Didacus Jules, Director of the OECS provided additional answers to this question going beyond cooperation limited to business.

Goods have been circulating within this space for a long time, particularly through informal networks between neighboring countries. If the economy is a dimension of cooperation, it cannot be its exclusive motor. There are areas for which Guadeloupe and Martinique have specific skills, such as energy. Even areas that fall under the sovereign powers of the state, such as security and immigration, were mentioned.

For Guadeloupe, Martinique, Guyana, Saint Martin and Saint Barthélémy, cooperating with their neighbors is also an identity claim. Many of us still have the paradoxical reflex of speaking of the Caribbean as a distinct region. There would be the “Caribbean” and Us. This representation of a Guadeloupe and Martinique foreign to their geographic space has historical and political origins. We often forget our primary area of ​​identification: the insular Caribbean and especially the Eastern Caribbean.

As a matter of fact, Guadeloupe and Martinique have always been a member of the Eastern Caribbean. Before the creation of the OECS these two islands were already in the Eastern Caribbean and cooperating with their neighbors. They “quite naturally” joined the representative organisation of all the territories of this Region.

Really and truly,  we are only formalizing a reality that is at the same time geographical, historical and cultural and which is imposed on us. We are links in the island chain.

Pre-colonial history binds us together. Our islands were populated by people who, at the time, circulated with fewer obstacles, from territory to territory, without visas. Colonial history is not responsible for all divisions. But obviously it added some areas of divisions to the point that Caribbean people sometimes forget that they are Caribbean first, convinced that by the magic of a passport you can erase what is written in nature.

In conclusion, the following comments give a more precise idea of ​​the meaning of the membership of Guadeloupe and Martinique. They also inform us about the spirit and feeling of solidarity that bind the OECS countries together, 40 years after its creation. For Dr. Didacus Jules, director of the OECS, in an interview to France-Antilles in 2019, “the citizens of the OECS as well as the governments of member countries recognize and accept Guadeloupe and Martinique as Caribbean. They are both in the Eastern Caribbean geographically, so it is natural… to consider them as members of the family.”

Dr Fred Reno is a professor of political science at the Université des Antilles (UA), deputy director of LC2S (Caribbean laboratory of social sciences) UMR CNRS, in charge of the Master’s programme of political science of the Université des Antilles and is the designated coordinator by the President of the UA for International Relations in the Caribbean. He is also the author of a comparative thesis on Barbados and Martinique: “”l’exportation de modèles d’administration opposés: le cas de la Barbade et de la Martinique”, Paris I Panthéon Sorbonne 1987.

His latest publications include: